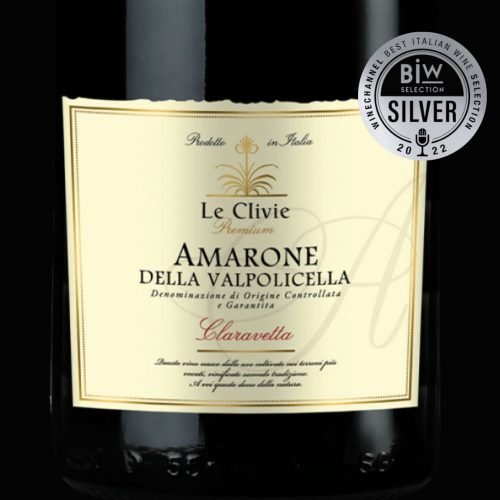 The main aim of the BIWS competition (promoted by the Best Italian Wine Selection Wine Channel) is the promotion and marketing of Italian wines on the Chinese market, presenting a selection of noteworthy Italian wines to Chinese buyers and importers.

The wines are blind tasted by an Italian-Chinese jury chaired by Maestro Beppe Vessicchio and made up of WSET wine experts, AIS sommeliers, Chinese importers and distributors and journalists.

Described as a “Great wine with good character and good complexity“, Amarone della Valpolicella d.o.c.g. Le Clivie has been awarded the silver medal at the 2022 edition of the Best Italian Wine Selection.

This is an important acknowledgement that deeply reflects the interest of the Chinese public in Amarone della Valpolicella, a noble wine which pairs beautifully with China’s variegated ancestral cuisine.

The pairing was confirmed by the menu to celebrate the Chinese New Year in 2022, the Year of the Tiger, organised by the Association of Historical Families in one of the most acclaimed Chinese restaurants in Milan, Bon Wei, specialised in Chinese regional haute cuisine.

During the celebrations of the Chinese New Year, a special menu created by chef Zhang Guoqing was accompanied by a wine list in which Amarone was served in some unusual, different and contemporary pairings. 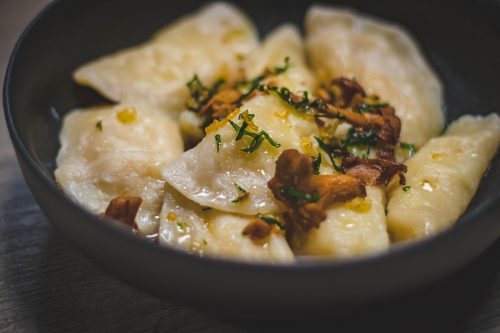 Particularly successful cosmopolitan and contemporary pairings, according to the Association of Historical Families, in which “The falsely sweet perception of Amarone created by the withering of the grapes in the initial phase, in which water is lost and sugars are concentrated, is that characteristic which makes this great wine capable of pairing with a wide variety of Chinese cuisine”.

The aromatic complexity of Amarone della Valpolicella, featuring notes of pepper, plums, cherries preserved in spirit, cocoa and tobacco, is the ideal accompaniment for the spicy sauces and rich ingredients typical of Chinese cuisine.

In full compliance with the philosophy of Dacastello Vini Pregiati, the acknowledgement of Amarone della Valpolicella d.o.c.g. Le Clivie by the Best Italian Wine Selection, confirms the appreciation of and interest in this important Veronese red by the Chinese market and consumers.

The grapes used to make this wine are Corvina, Corvinone and Rondinella, with the addition of up to 25% local black grape varieties. After harvesting, the bunches are left to rest on grates and in boxes, where they spend three months withering before being crushed. The wine has to age for at least two years from the following January before it can be enjoyed. This procedure gives life to an infinite complexity in which fruity and spicy notes emerge. 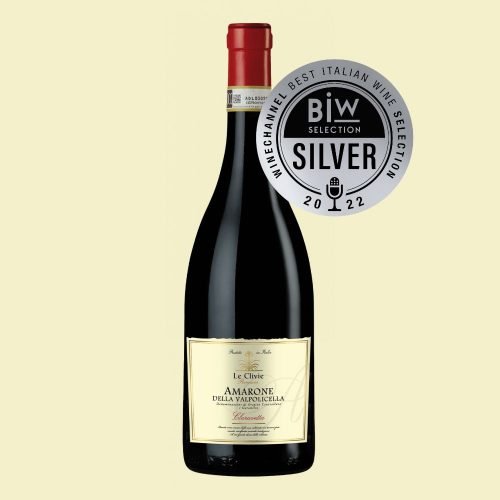 Intense and fruity bouquet, with notes of cherry and maraschino

Rich and deep, warm, full and elegant on the palate

TASTING NOTES: We recommend leaving the wine to decant for at least an hour after uncorking the bottle and then serving it in large glasses.