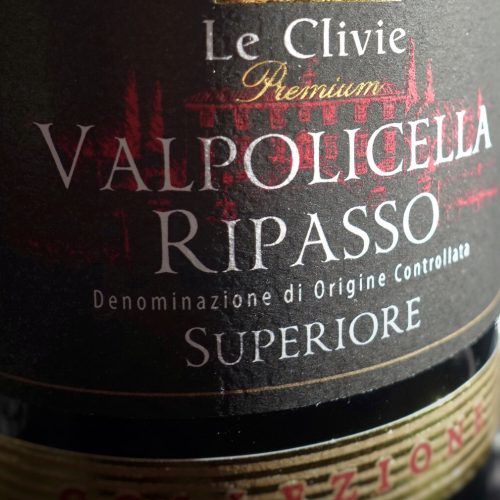 Vino Ripasso: the history of a technique with ancient roots

Whoever would have thought that “repassing” a wine would be the key to achieving such an elegant and elaborate product? From the hills of Valpolicella we retrace the history of this technique which has become famous throughout Italy.

We are at the foot of the Veronese Pre-Alps, in the area commonly known as Valpolicella: a valley of 240 km², comprised of seven municipalities on the banks of the River Adige. Viticulture is at home in Valpolicella and the vineyards spread across the hillsides produce wines, first and foremost Amarone and Valpolicella, that are exported all over the world. But let’s take a step back in time. If we are going to talk about Ripasso, we have to start from an old farming tradition: that of not throwing anything away.

Two wines were traditionally made in the Valpolicella area: a base wine, made between September and October, and a sweeter wine, made from selected grapes that are left to wither for a few months before fermentation. The name of this wine is Recioto. The first evidence of this wine dates back to Roman times. When fermentation was over, the Recioto was separated from the skins and the base wine was “repassed” on them, with the aim of extracting the residual sugars and colour during a second fermentation.

The Ripasso technique was created to avoid wasting the aromas, sugars and tannins contained in the Recioto marc, and is an ancient tradition that has evolved over time to become a respected wine-making technique. In 2010, Ripasso was officially included in the Italian wine production regulations, with recognition of the corresponding DOC.

Today in Valpolicella every winemaker has their own Ripasso method, perfected over the years. But what are the steps to the creation of this unique Italian wine?

Amarone and Valpolicella wines are made mostly from the indigenous grapes Corvina, Corvinone and Rondinella, harvested between September and October. After harvesting, the grapes are vinified separately: while the Amarone grapes are left to wither in boxes for 3-4 months before pressing, the Valpolicella is pressed immediately and begins its initial fermentation. At the end of this phase, the wine is racked onto the Amarone marc: this is the “ripasso” phase, which starts the second fermentation. 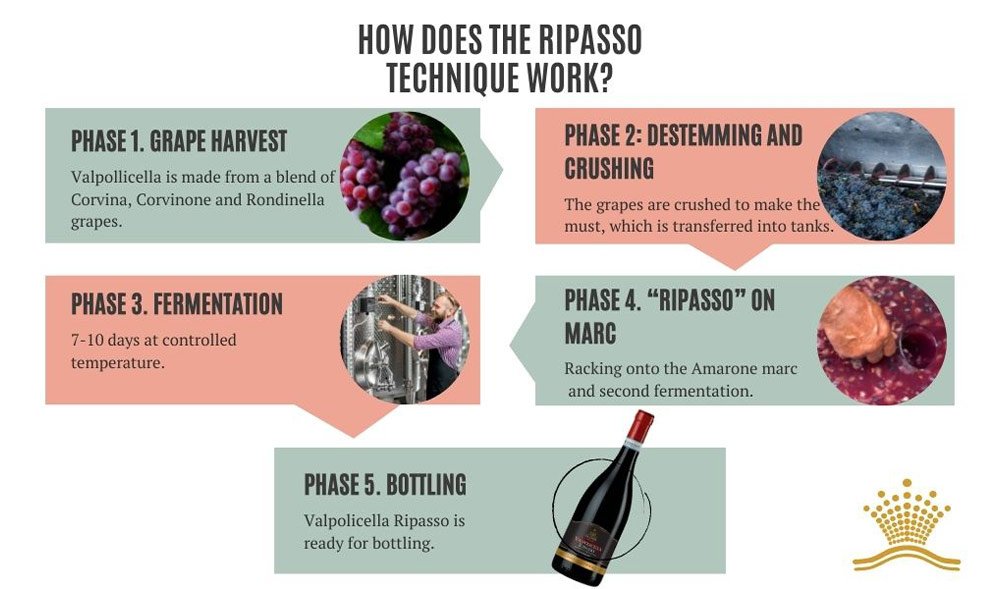 Just as in the past with Recioto, the Ripasso technique allows the extraction of substances from the Amarone marc to enrich the Valpolicella with tannins, sugars and colour. In some wineries, the “ripasso” takes just a few days, while other producers extend maceration by as much as 15 days. The result is a more structured wine, with more body and a higher alcohol content.

This kind of technique is not used anywhere else in Italy, making Valpolicella Ripasso a unique wine: elegant, sophisticated, elaborate. As part of our Le Clivie range, we offer Ripasso Valpolicella Superiore DOC which, after maceration on the marc, continues to age in oak barrels. A product of exceptional harmony and intensity, fully expressing the potential of this winemaking technique that dates back thousands of years.